Are speed and control a brake to empathy?

Speed and control might be a brake to empathy. We have curiously multiplied our ways of communication which one might have thought the result would have been flow and – perhaps a better world. A better and empathic world. But rather than an ecology of messages we come to a pollution of stressful like communication. We are regularly in dead ends communication because we want to go faster, too fast. By mail or phone we communicate via machines … (Like this : “press 1 to  continue in English…” “Press 2 to …” …) It is paradoxical isn’t it?


What motivates speed and control?

Nothing ! … “almost” nothing. When I say “almost” it is this subtle emotion that drives us to act. Our emotions – conscious or not – are signals to take action responding  to a stress. It can have several origins, all very individual, as for example :
– Succeed
– Do not fail
– Want to save
– Lead
– Seduce
– Move on
– To have fun
– Escape discomfort
– Avoid feeling something unpleasant
– …
And behind these motivations are emotions like fear, anger, euphoria, frustration, guilt … among others! The corporate world has made speed a mode of operation against which we stumble regularly.

The notion of discomfort and avoidance are very often present because of our education and a certain way of life pushing us to eliminate or control our emotions. In other words, I do not want to feel anything unpleasant so I will quickly move on.

Our brain has this magnificent faculty of direct emotional reading. That is to say that it is endowed with neurons called “mirror neurons” (or empathy neurons) which have two roles: one is responsible of decoding the intentionality given to the actions of others and the other is responsible of emotional decryption. Our brain thus realizes the live performance of trying to understand the other by internal resonance with all the hazards that this entails … (Indeed, what is the probability that our mental world is the same of the person with whom I talk to?).
It was not wired for decoding the “emotions” of a machine. Of course we can have emotions from our internal reading, but the absence of the writer can lead to many mishaps.

The lack of social contacts causes an alteration of the ability to get in touch. A proof that everyone knows is when your GPS send you in the middel of nowhere, we shout out loud to the voice who send us in the wrong direction instead of asking a human what road is to take.
As such, Boris Cyrulnik emphasizes and warns us against this lack of human relations and social interactions in early childhood but also in our daily professional life. Communication is replaced by posts and other tweets that disengage us from this direct reading of the other and affect our degree of empathy.

Why would a horse help me reintroduce empathy? 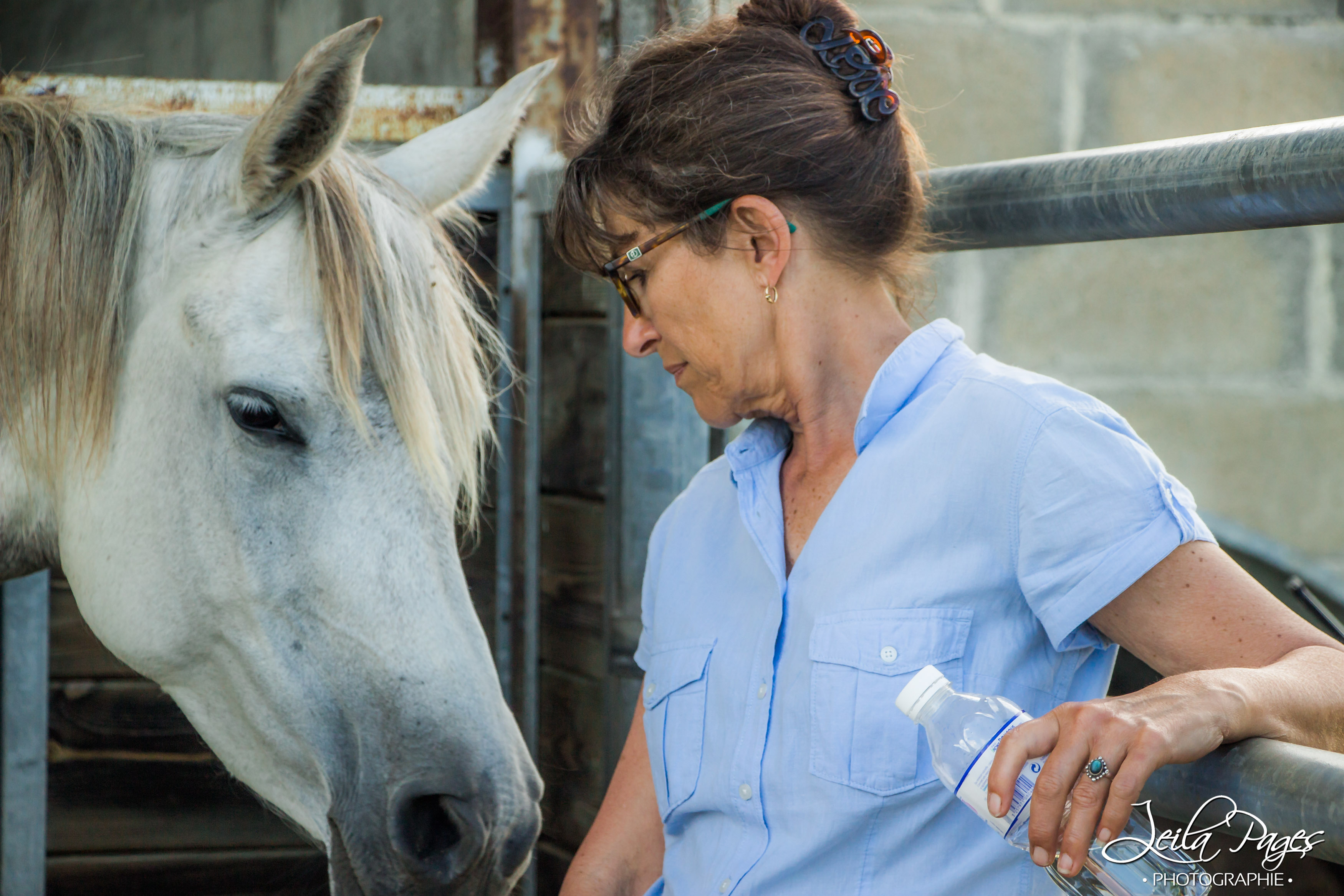 The horse never receives emails … But he reads very well body language and it’s a real skill.
Indeed the empathic system also exists in animals like primates, various higher mammals, some birds and rodents … trees also have no doubt following the book “The hidden life of trees” from Peter Wohlleben…

We are overwhelmed by too much  of information and disconnected from the essential, the horse by its mere presence revives relational circuits that are less and less solicited in the modern world.

Being too conditioned to control what is happening in us, the horse will help us to better understand, listen and act on what drives us. He understands the coherence, the consistency, the intention and the notion of desire of the other. He understands stress too and responds to it with the greatest subtlety. He receives the message and responds to it … as far as he is free to answer. Indeed if he is forced with rope and halter he will execute an order … a very sure way to get an answer, but who does not teach much in a society that lives in urgency and control!

With a lose horse, we really find emotional visceral reactions. As proof of this are men and women of the corporate and military world who suddenly embrace, caress or kneel before the horses.
The horse allows us to reconnect with this ancestral knowledge that our emotions can not be feigned. And especially the upper face because the muscles that compose it are not controllable .. The presence of a horse reassures since it allows to be in a real communication where the energy flows freely. It allows us to understand that the control is a real confusion to empathy and to be careful when returning to the office.
It is all this subtle of empathy that the horse authorizes and diffuses.